RoRo transportation; It is the name given to the process of loading and transporting the vehicles that are wheeled, walkable or towed on ships called RoRo by sea. The name RoRo; is the abbreviation of “Roll on Roll off”. When it comes to self-propelled vehicles, all kinds of wheeled vehicles; construction machinery, tracked vehicles, towable vehicles, trucks, trailers, mobile containers, mobile power plants, boats prepared for the road comes to mind.

RoRo transportation was first introduced by transportation of ferries, taxis and small vehicles that traveled short distances. The preferred method was developed by constructing larger ships as a result of the positive feedback received, as it is much less risky than other transportation methods between the islands or two nearby shores. The old type RoRos are very popular and are still in use today because they can carry both passengers and vehicles.

There is also little risk of damage to vehicles that are fixed only once when boarding RoRo ships. Capable of handling hundreds of vehicles at one time, RoRo vessels can arrange very regular and fast voyages, while at the same time costing less than other transport methods. It is possible to transport cargo to every port of the world with RoRo ships. Moreover, in this way; Bus, automobile, mobile crane, truck, tractor, bucket, truck, boat, caravan, bulldozer and many other vehicles can be transported. Some RoRo vessels, which have the capacity to carry other types of cargo, such as containers, can even carry out project transportation through trucks.

Due to the strategic location of Turkey,cruises are organized to Turkish ports by the largest RoRo companies in the world. RoRo cruises are used to transport trucks in the Black Sea and Mediterranean basins, while also RoRo from Istanbul to Italy, France, Ukraine and Russia, from Izmir to Italy, Greece and Ukraine, and from Mersin to Egypt, Italy and Cyprus. 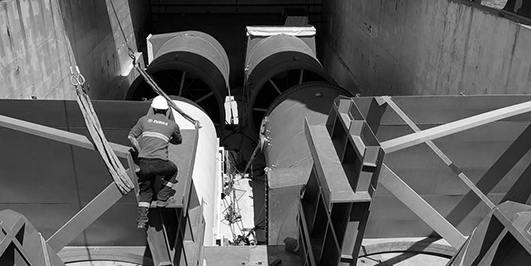 Viking Project Logistics, a full servıce logisticss company that help our clients expand their project cargo. With the well-experienced staff at Oversized / heavy weight and RoRo transportation, VIKING PROJECT LOGISTICS which is one of the Chartering and Fright Forwarding companies , provides service to customers who are generally have businesses about construction and Industry projects. Even though our best regions are CIS, Middle East, Africa and Far East countries, thanks to our wide Agent Network we provide services to nearly each destination in the world in the form of port to port and door to door with Sea, Rail, Land and Airways.

Profession Of The Future, International Logistics and Trade Specialist

What Is Transit Freight Transportation?